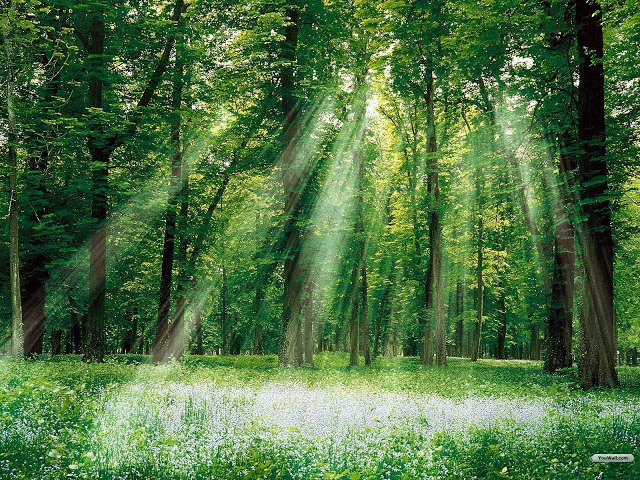 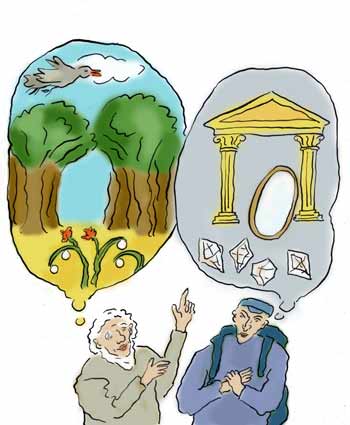 A long long time ago there lived in a forest an old blackberry picker. His mother and father had been dead for so long that he had forgotten that they were burried at the foot of a birchtree. He didnt even remember why there was an old crooked wooden cross there. But he didnt feel comfortable close to it so he would walk in a big circle around it.

Apart from him there was nobody living in the forest so the blackberry picker thought he was alone in the world. That thought didnt bother him at all, he would sing the happiest songs all the time! Except at night because then he would have to sleep. But you could not imagine a happier person! “see,”he would say “those silver pearls  and diamonds on the leaves and the flowers! Just for me! I am so rich!” as he saw the dew in the morning. And when he walked through the forest he would say: “what a beautifull high ceilings and large colomns! And all of that for just one man! I troel am rich!” But at night he was the happiest, he would sit under a laurel oak close to his home and listen to a far away voice that would sing until his eyes filled with tears. “Beautifull!,”he would call out, “thank you, thank you, thank you, unknown singer! What a lovely sound, I am so sorry I am alone in this world”